Tags: poland, sightseeing, historical buildings, photospot, festivals, culture, summer, attractions
More than just concert. At Castle Party you will not only listen and see the concerts of more than 40 bands. In addition, you will be able to participate in numerous thematic rallies, and get out in three clubs where famous DJs from Poland and abroad will play.

Dark independent festival, Castle Party is one of the biggest gothic rock festivals in Europe; for four days this summer, Bolków Castle will turn into a huge masquerade filled with thousands of costumed gothic rock/metal enthusiasts. For more than 20 years, it has been the undisputed rendezvous for gothic, dark wave, electro-indus and metal fauna of Central Europe.

"Polish fans are still the largest group, but a quick walk amongst the Victorian vampires, the SM cyber nurses, the medieval blacksmiths, the post-nuclear vamps and all other enthusiastic festival aficionados, you will overhear German, Czech and English revealing the international nature of the event."

"Bolków Castle is a castle located in Bolków on the Castle Hill (Polish: Wzgórze Zamkowe), with a 396 metres, where the hillside is cut by the Nysa Szalona river"

The Bolków Castle was built during the reign of Prince Bolko I. It was rebuilt several times afterwards until assuming its current form in the 16th century. In all historical descriptions of the castle, its military significance is emphasised; however, it has also functioned as a cultural centre during certain periods of time, attracting painters, sculptors, and architects. Poles, Germans, and Czech people mingled here, contributing to the emergence of the unique Silesian culture. 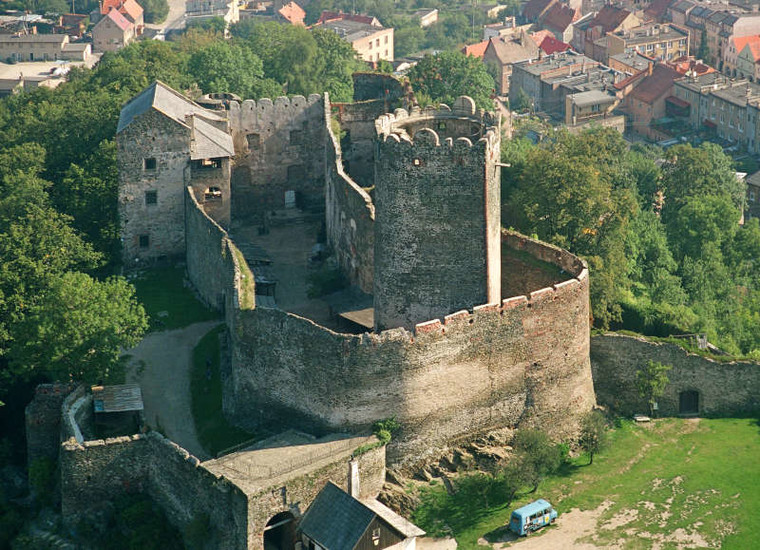 Know the regulations and special concerns for the area you'll visit, leave what you find, respect nature, enviroment and wildlife!

Have you visited this place? If you have any corrections or new information you'd like to share, we'd love your input. Also any photos or videos you may have taken of your adventures on this  are welcome as well. Leave some tips and useful information in comments.